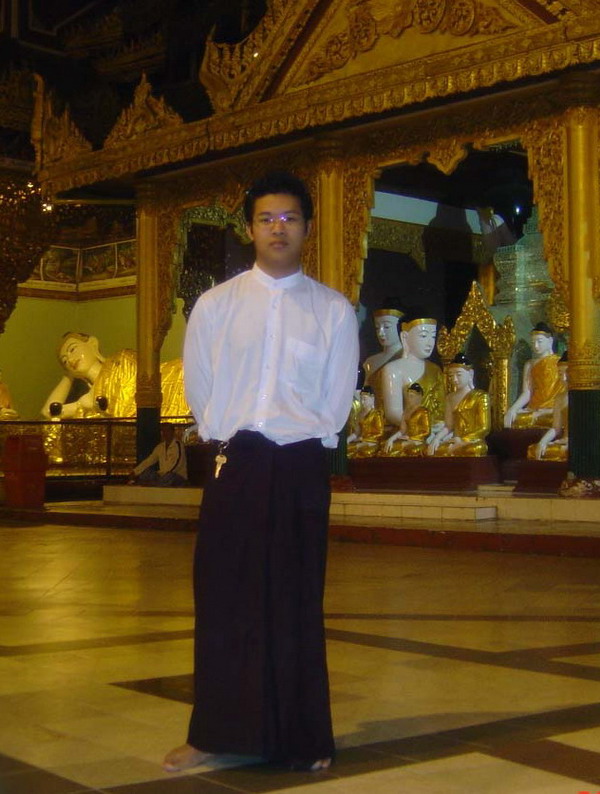 This is Shwedagone Pagoda. This is the place where General Aung San gave his speech to his soldiers to fight against the Japan colonies. It's the sacred place of Myanmar people. It's also famous these days as the Myanmar Military Government had killed many monks and citizens at the base of the Pagoda. I took this photo after the conflict.