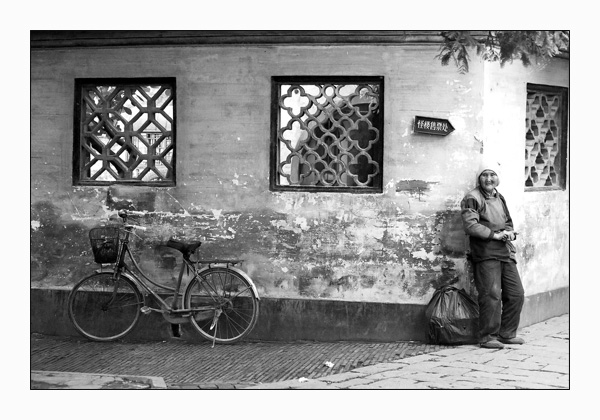 Remainings of a former China

This picture was taken in the old town of Zhouzhuang, close to Shanghai. I chose this title - which might sound a bit sarcastic - because I think the ancient town walls, the bike, as well as the old lady, begging for some money, go very well together. All of them belong to a part of China, which the chinese society itself doesn't want to see and doesn't want others to see. Chinese people want to drive cars nowadays, they don't want to use the bike anymore. And they hide the poverty. Well, at least thats the rich people's view, but unfortunately thats the view which is being promoted worldwide. Rich people are the ones who do the PR...