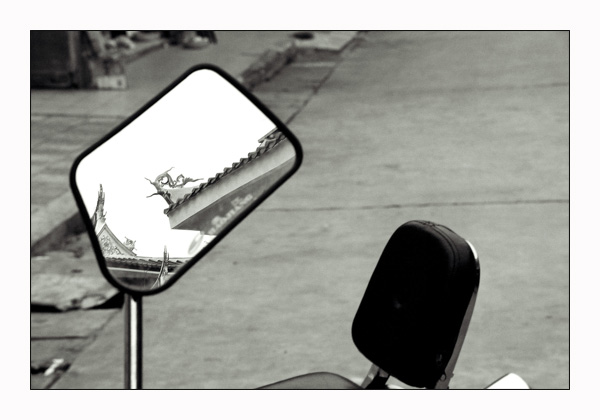 I was just waiting for somebody during my schooltrip to Xiamen, Fujian Province, when I saw this fantastic reflection in one of the parking motorbikes, close to the entrance of a memorial site. On the one hand you have the motorbike, which you can see so often on chinese streets nowadays and which kinda reflects the chinese modern society. On the other hand, when you look back, look into the rearview mirror, you can see the ancient China with its typical architecture, that makes up a part of the chinese traditional culture. - Hopefully, chinese people won't forget to look into the rearview mirror from time to time and so be aware of the richness of their culture, which needs to be preserved.