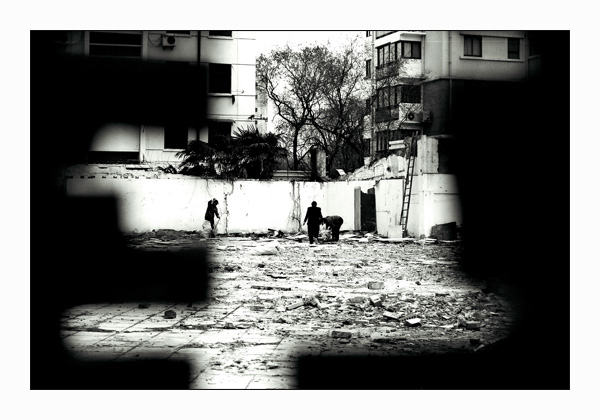 There are a few words that you can hardly translate into another language cause they loose part of their meaning. This is also true for the german word "Truemmerfrauen", which you could translate into something like "debris-women". But "Truemmerfrauen" is actually a well-known term in the German history. After World War II when Germany was almost completly destroyed, it were the women that, waiting for their husbands to come home from war, build up Germany again. They collected the bricks from all the bombed buildings in preperation for a new start. When I took this picture of an area in our neighborhood, and I saw all those poor women surching for something useful in the debris and collecting the bricks, the pictures of those women in Germany (my grandmother was one of them) came up to my mind. Thats why I chose this title and thats probably also why this picture tells a lot of stories to me.