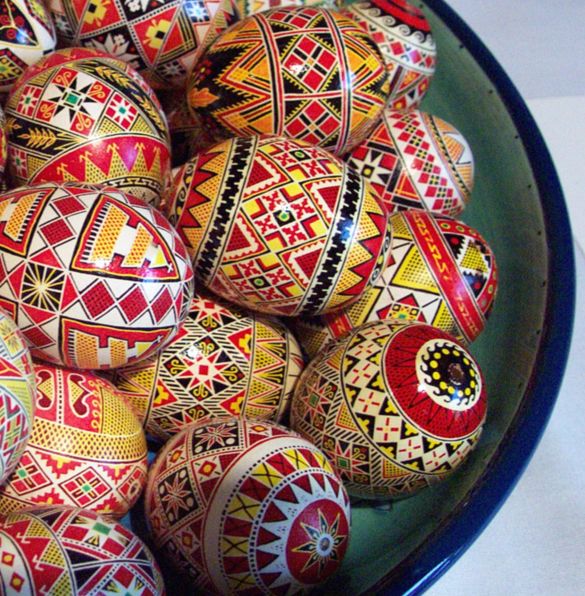 Pysanky: Birth and the Sun

Pysanky are traditionally decorated Ukrainian eggs. The method involves dipping an egg into dye, then writing on the egg with bee's wax to cover the area where the current color needs to be protected. The egg then goes into a darker colored dye, and the process is repeated until the egg soaks in black dye. After the black dye is used, the wax is carefully melted off of the egg to reveal intricate patterns and symbols with many meanings. Making pysanky in Ukraine pre-dates the arrival of Christianity in the region. The art is now associated with Easter, and a pysanka may be given or received as a special gift.