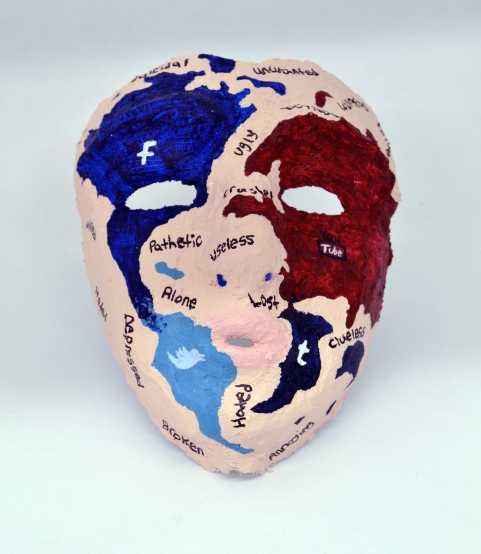 Teen suicide is a worldwide problem. I've tried to show that most of the bullying that eventually leads to suicide happens over the internet. I've included a list of words spread out over the mask representing what most depressed teens feel as well as representing what they think of themselves: words such as "worthless, unwanted, unloved, hated, pathetic". They're most likely not going to express their thoughts and feelings to other people. Rather they are more likely to keep it to themselves, covering their sadness up with a smile, as if nothing's wrong.