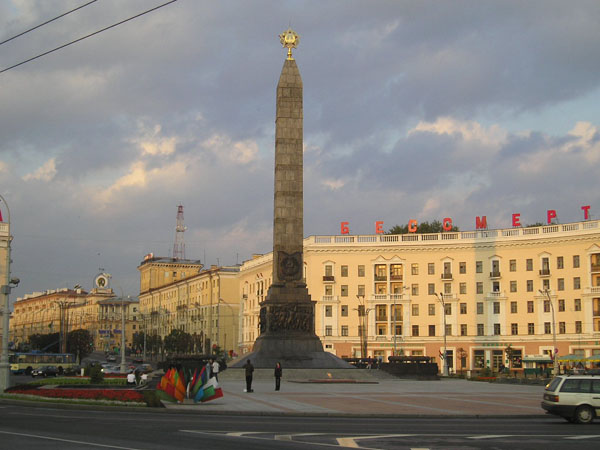 Obelisk to Hero City Minsk was open on the 4th of July, 1954. This monument was erected to Soviet soldiers and partisans who died the death of a hero during World War II. Obelisk is 38 meters and topped with the Order of Victory. The very square where it's set is called the Square of Victory (previously the Round Square). Four sides of the monument are decorated with bronze high reliefs called patriotically "The 9th of May, 1945", "The Soviet Army in the Years of the War", "The Partisans of Belarus", "The Glory to Fallen Heros". Four bronze wreaths around the Obelisk symbolize four battle-fronts.