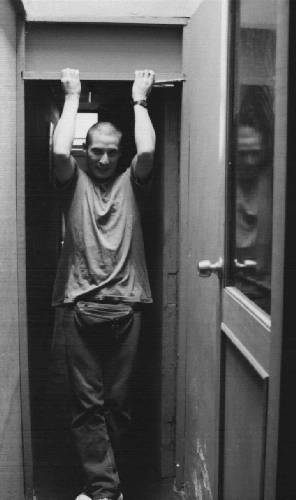 A child's attitude refreshes sometimes ourselves for being in front of new responsibilities and mature decisions. A youth that have the spirit for saying: "We are also like children". It means inocence, happiness, and freedom. So be yourself no matter what other says. Originally on black and white film with a jumbo photograph size of 15 X 10. I used a Canon 505 camera. I took this shot after a rehearsal into a musical studio of Lima (2001).