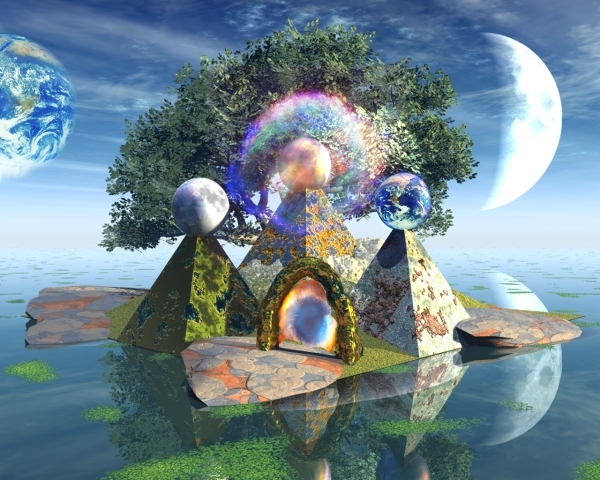 This is World Tree Island on Mothership Gaia. Episode 1.0 of the myth begins here. The portal is the place where the Dreamer exit the rainbow tunnel from Earth when they go to sleep. The three Pyraspheres are dedicated to Religion/Spirituality (middle/Sun), Science (left/moon) and Art (right/Earth). A Pyrasphere is a transformed symbolic metaphor for the top down hierachical Pyramid you find for example on the Dollars. A sphere as the tip symbolizes the democratic, round shaped, organic ruling principle. World Tree Island has a campus feeling to it and is the place in which the Agenda 0 and the Mogaian Charter have to be crafted before the Settlement on Mothership Gaias continent can begin.