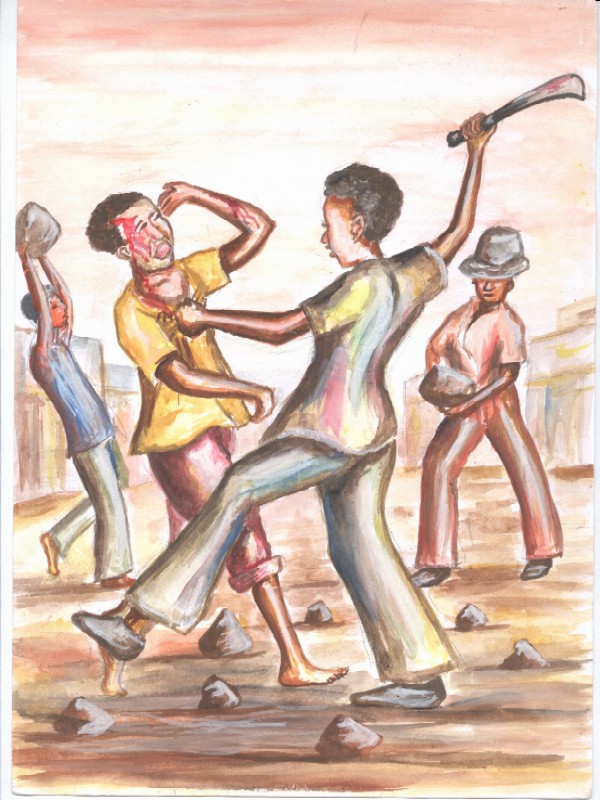 The painting is by Justus Waweru, 29. It is about mob justice, after a violent act. Such incidents are common in the slum villages, due it inaccessibility. The drawing shows a violent robber who is been violently attacked with stones and a "pang" (a Swahili word meaning a big knife). The police take long to reach the scenes of robberies, so the communities sort out their cases. The woman in the hat is the one who has been violently robbed. She helps the men in the violent mob justice, which indicates violence as a language. Justus is a painter who has lost his mobile phone through robbery.