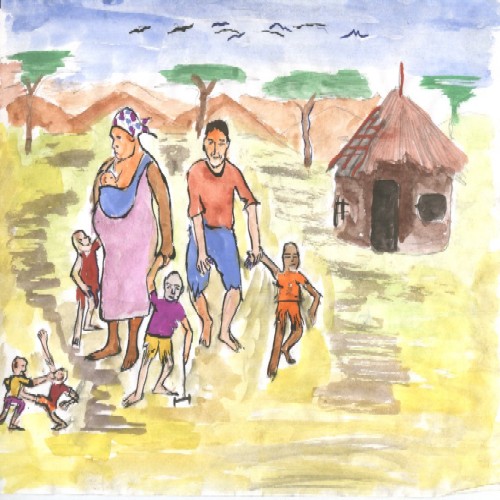 Unlike the western world, the society in the developing world includes some peolpe who believe in large family set up. The woman believes that her child bearing would discourage the husband from polygumy. Some of the children from such a family would be used for child labor, while the girls would serve as a resource for investment purpose on the bride price tradition .Some girls would be forced onto arranged early marriage. In 2002, a fifteen year old girl was forced to marry a fourty five year old but the matter was later on sorted out in the court of law. and both the father and the bridegroom were charged.Some NGOS are against negative traditions, they always intervine for the welfare of the girl child who is more vulnerable.