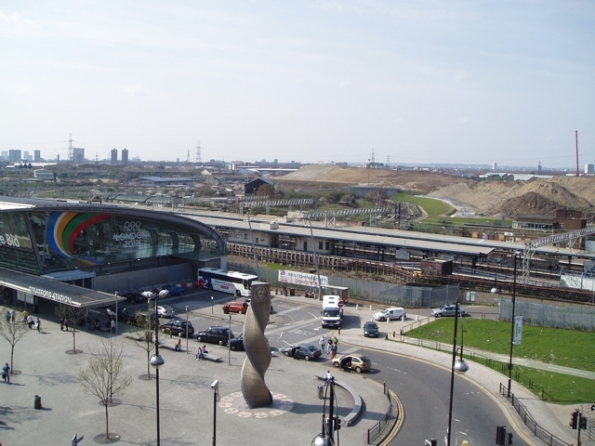 This is near the site in east London where the London 2012 Olympic complex is now being constructed (the pic was taken before the bid decision). As you can see, it's all pretty barren and there's not a lot going on with those mounds of earth - so what a great place to redevelop :)

Collections London from all angles