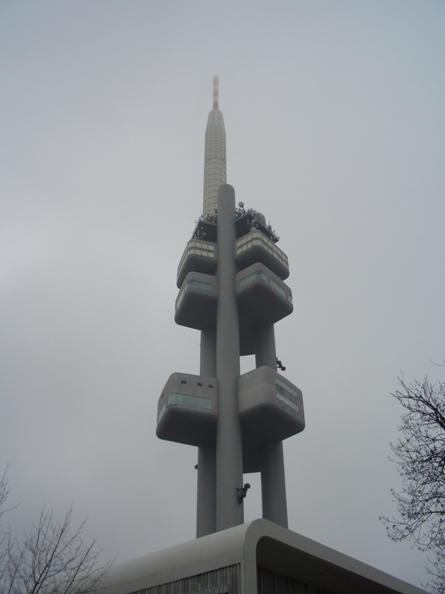 On my second day I headed for Prague's old TV Tower, having been informed of spectacular views from its summit. The tower looks like it was designed to be futuristic - and probably was at the time - but has now aged quite significantly. There's also some weird "artwork" of sculpted babies crawling up the side.