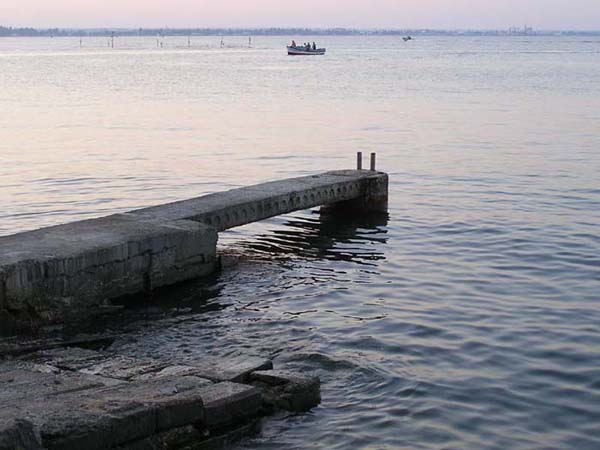 It is not nice, when the beautiful shores of Black sea covered with concrete. This picture was made in Crimea, in Feodosia. At the beginning of the 20th century beautiful sand was damaged and covered with stones and concrete, that to build a railway. It helped people to survive, and to increase economical level of their life. But shores were damaged. During the period of Soviet Union here were special military bases. Sea polluted, because dirty waters of canalization comes straight into the sea. All we can see now is silence of the stones...