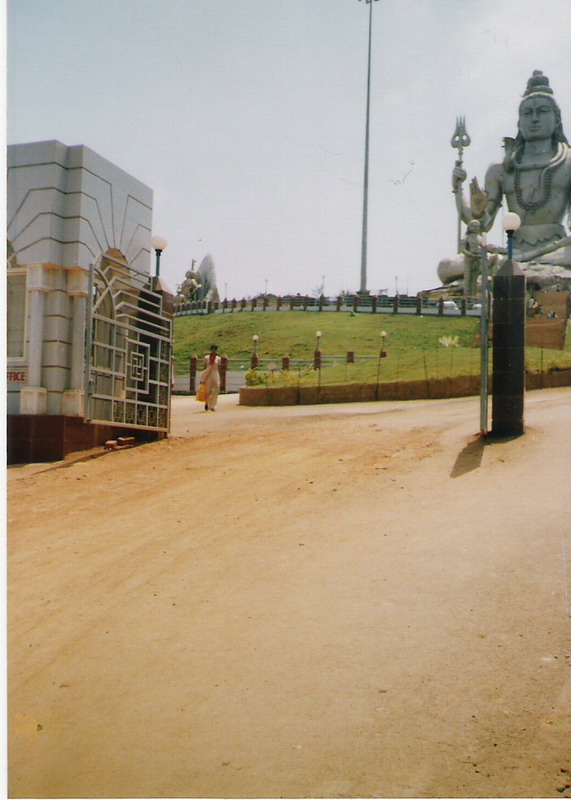 The Statue of Shiva in Murudeshwar, Karnataka

The photo was taken during a car trip from Kerala to Mumbai with my family. The moment I saw the statue it just struck me numb with wonder. It was really huge and yet so life like. The statue is of Lord Shiva (also called Murudeshwara), the destroyer among the trinity of Brahma(creator),Vishnu(preserver) and Shiva in the Hindu Mythology. I am slightly partial to Lord Shiva as my second name Maheshwari (which is not my surname but is my own name) means Shiva's beloved (as Lord Shiva is also known as Mahesh).