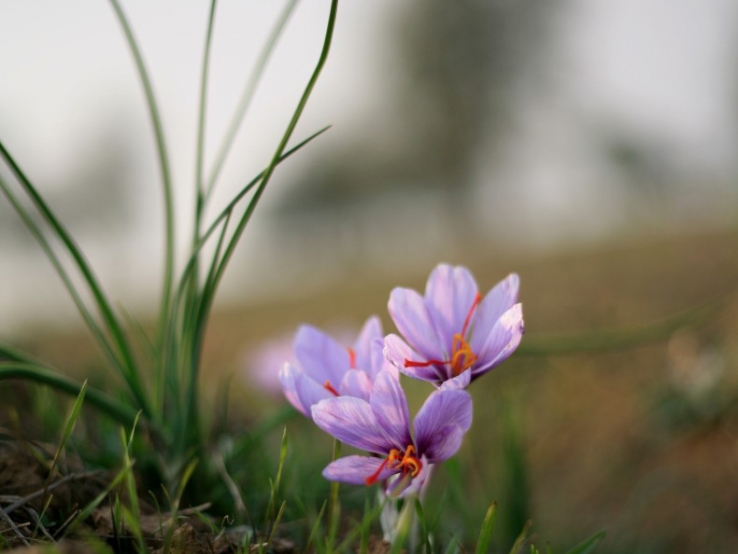 Artist(s): Atiya Gouse Qadri Organization: Youth Parliament of J&K Description: Saffron cultivation in the Kashmir Valley dates back to 550 AD, about four centuries earlier than Spain. Although cultivated only in the Kashmir Valley yet India is known as a major saffron producing country. Saffron is the most high value, low volume crop highly remunerative and is considered to be the second largest agricultural activity after fruit production in the state. The cultivation of this high value crop is concentrated in Pampore and the adjoining areas occupying an area of about 5000 hectares with an estimated annual production of 173 quintals. The industry generates an income of Rs 30 to 40 cores at a conservative estimate of Rs 350 per tola (10 Gms). Though a highly remunerative activity, saffron cultivation has suffered a severe setback party due to the apathy of the government and partly due to continued dry spell during the past few years.