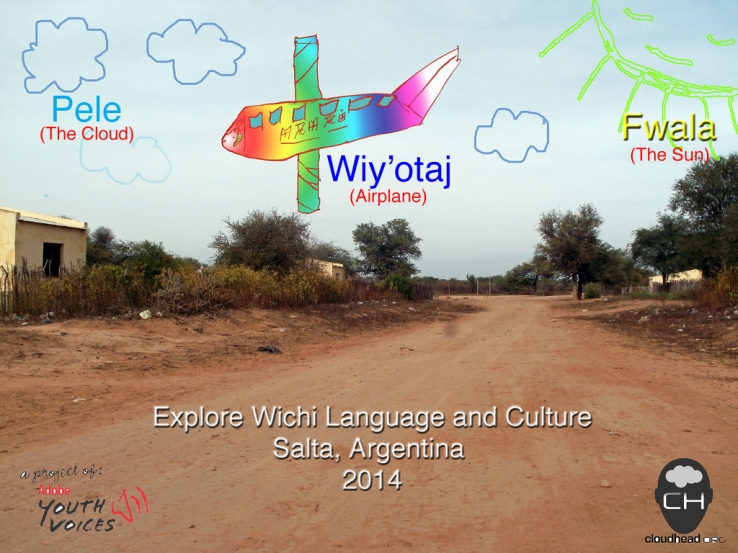 Wichi - The sky above the village

Authors: Javier Argimasser, Malvina Argimasser Organization: Cloudhead The Wichi are an aboriginal people who live throughout the northwest of Argentina. They have thousands of years of history as a nomadic people migrating throughout the highlands and lowlands of Central South America (Argentina/Bolivia/Paraguay). They possess a distinct language (known as Wichi) and a culture that is currently in danger of becoming lost. The community that Cloudhead has been working with for the past 3 years lives in an isolated village under very challenging circumstances. Potable water, employment opportunities, education, electricity and basic sanitation are not widely available for the inhabitants. The weather ranges from dry with a convection oven like breeze to freezing and damp with not much in between. The society is largely based on clan and tribal affiliations. It is typical to have 4 generations living under the same roof in the space of one or two rooms. The vast majority of the children we encountered had never seen a digital camera much less had the opportunity to use one. They also had no experience with personal computers or using Photoshop for that matter. The amazing thing is it took less than a few minutes to teach them how to use the cameras. They were extremely enthusiastic while possessing an innate understanding of how to frame a shot and produce amazing compositions. We donated cameras to the village and over the course of a year we collected thousands of photos taken by the children of Mision La Horqueta and La Golondrina. Through their eyes we can see how they truly live and that they possess such strong, playful and vibrant spirits. In February 2014 we returned to the community and trained some of the young artists how to edit the photos and some graphic design concepts. The goal was to produce media that would illuminate and document Wichi culture and language for a worldwide audience. We decided to create a series of posters that demonstrate where they live, what they do and what their unique language is like. We also decided to give a voice to many of the younger community members. They drew pictures of what life is like in the village and we incorporated their artwork into the design of the posters.