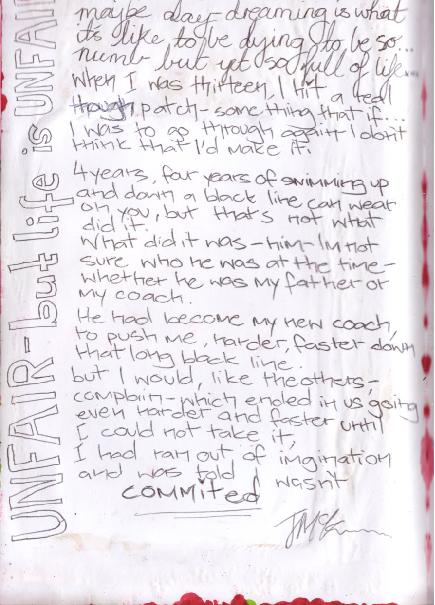 Pushing But Not Pulling.

Unfair - but life is unfair. maybe day dreaming is what it's like to be dying to be so numb but yet so full of life... When I was thirteen, I hit a real tough patch - something that if...I was to go through again - I don't think that I'd make it. Four years, Four years of swimming up and down a black line can wear on you, but that's not what did it. What did it was - him - I'm not sure who he was at the time - whether he was my father or my coach. He had become my new coach, to push me, harder, faster down that long black line. But I would, like the others - complain - which ended in us going even hader and faster until I could not take it, I had run out of imagination and was told I wasn't commited.