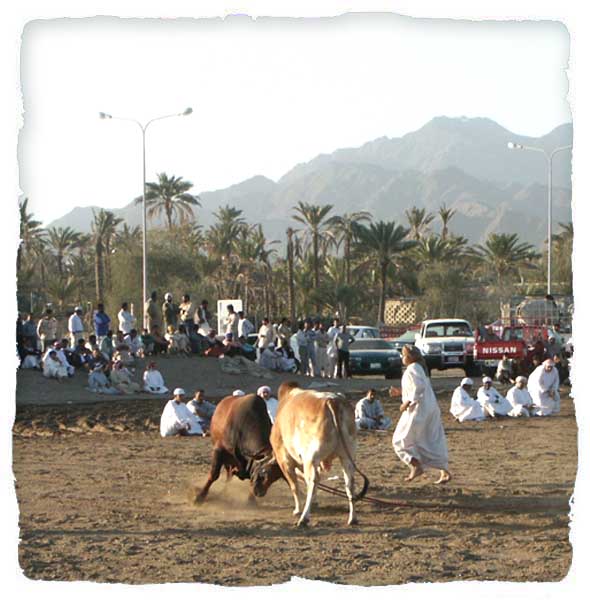 Bull fighting has been called Fujairah's national sport, and it is unique to the Emirate. The contest, held on weekends in the winter, pits Brahmin bull against bull in more of a wrestling match than a traditional bullfight. Two bulls are led onto the sandy arena and, with heads down and noses almost touching the ground, they wrestle and lock horns. The horns are blunt and while one bull may occasionally get tangled in the harness of the other there is really little violence. Eventually one bull may force the other out of the ring, but more often, one bull tires and walks away.