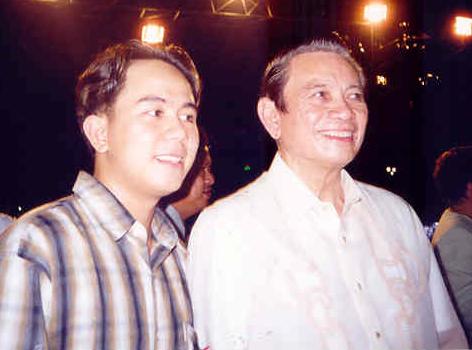 Former Senator Teofisto Guingona caps his stellar career in government service with his appointment as Vice President by Pres. Macapagal-Arroyo from a star-studded shortlist of nominees. In addition, he was judiciously appointed as concurrent Secretary of Foreign Affairs. The first to strike the death gongs of corruption in high places which eventually led to People Power II, Vice Pres. Guingona is actually a three-time Senator. He was first elected to the Senate in 1987 and re-elected in 1992. By then, he had two more years to serve when he was appointed Executive Secretary in 1993 and then as Secretary of the Department of Justice in 1995. As proof of the trust and confidence reposed on him by the electorate, he was re-elected once more to the Senate in 1998. During his stint as a Senator, he had been Senate Minority Leader, Senate Majority Leader, and Senate President Pro-Tempore. Before becoming a legislator, Vice Pres. Guingona became prominent as the chief negotiator of the government panel during the GRP-CPP/NPA/NDF peace talks under the Aquino Administration. Prior to this he was Chairman of the Commission on Audit from 1986-1989. He was also a delegate to the ill-fated 1971 Constitutional Convention which was abolished a year later with the imposition of Martial Law. A true-blue Atenean, he took his primary and secondary education at Ateneo de Cagayan. He then transferred to Ateneo de Manila from where he eventually received his Bachelor of Laws degree. Vice Pres. Guingona was born on 4 July 1928 in San Juan, Rizal. He is married to the former Ruth de Lara of Gingoog City, Misamis Oriental. The couple has two sons and a daughter.