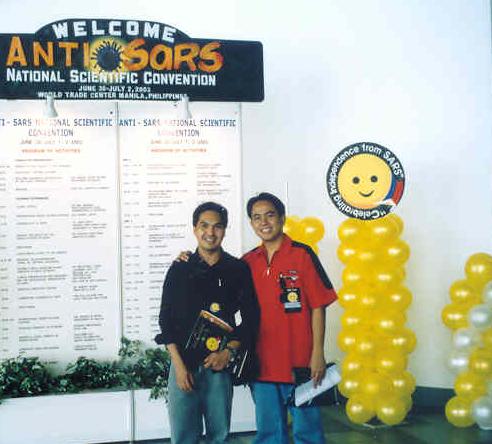 SARS cases may resurface in November, DOH warns HEALTH authorities on Monday urged all concerned agencies and the people to remain vigilant against severe acute respiratory syndrome (SARS), especially as the virus seasonal pattern indicates a possible resurgence in November. Health Secretary Manuel Dayrit stressed at the Anti-SARS National Scientific Convention on Monday that all health agencies and entry points in the country must practice the utmost caution in dealing with the possible reentry of the SARS virus. Dayrit issued this warning as the World Health Organization predicted a possible resurgence of the mysterious disease, because the virus that causes it lives longer in cold weather. WHO experts suspect that like other viruses, SARS follows a seasonal pattern, Dayrit said. This means authorities must continue their monitoring efforts, particularly during the colder months, he added. Dayrit noted that the SARS epidemic started in Guangdong, China, in November and spread until the middle of 2003. During this time, the Philippines reported 12 SARS cases, including two deaths. The WHO consultant and a medical specialist from the Centers for Disease Control, Nina Marano, agreed with Dayrit. She told reporters that no government, even of a country not previously affected by the disease, should be complacent about their health surveillance and monitoring. Marano further revealed that SARS continues to be at the top of the WHOs agenda since the threat of resurgence is still present. We should not let our guard down, because once we start doing so, we will start missing cases when they occur, Marano warned. In Canada, health authorities failed to diagnose and report a single SARS case, who in turn, infected many others, she said. Dayrit called on the heads of the public and private shipping, air and seaport sectors to strengthen their campaign against SARS, despite the seeming decline in the number of cases. He said that this time, with better anticipation and preparedness among various sectors, the possibility of re-infection would be minimized. He said that tourists coming from SARS-affected countries such as Taiwan, Canada and even China should be checked for signs of fever, cough and breathing difficulties, the common SARS symptoms. Once detected, those with SARS should be immediately referred to government-accredited SARS hospitals such as the San Lazaro Hospital and the Research Institute for Tropical Medicine. At the same time, Dayrit revealed that experts are conducting studies to verify initial reports that a SARS-like virus has been found among civet cats, an endangered animal considered a delicacy in China. He said experts are now checking if humans have been infected by the animal.