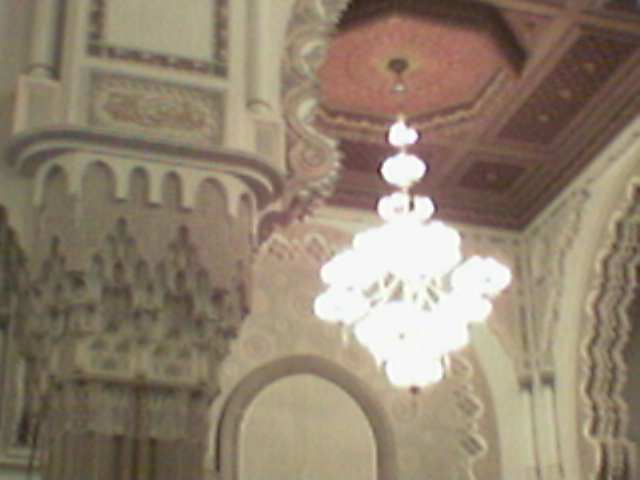 Wonders of the World !!

"Hassan II Mosque, built for the 60th birthday of former Moroccan king Hassan II, is the largest religious monument in the world after Mecca. It has space for 25,000 worshippers inside and another 80,000 outside. The 210-meter minaret is the tallest in the world and is visible day and night for miles around." Jackie Craven For me, this picture reflects the important and vital place of culture and identity in Morocco for two reasons. The first one (about culture) is that the Hassan II Mosque is actually a famous cultural monument in Casablanca showing the great work of 6,000 traditional Moroccan artisans. The second one (about identity) is that the Moroccan people are muslims, so it reflects also the identity of Moroccan citizens. In brief, it is an artwork that sheds light on the beauty and charm of the Islamic Architecure, the Arab Art as well as the Islamic World. Cheers, Yassir