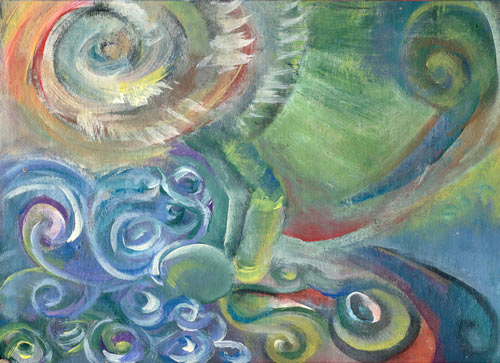 David was the Captain of my brother's AAA Hockey Team. They were one of the best teams in the league and David was one of the best players. One day, while David was walking home from school, someone with diabetes who was driving and having a 'sugar attack' swirved onto the sidewalk and crashed into David on his way home from school. Both of his legs were broken and he was knocked out of the hockey season. I painted this picture for David's Dad (who was actually the president of the Toronto Marlboros Hockey League) - to remind him of the strength and inspiration that his son was for many people.