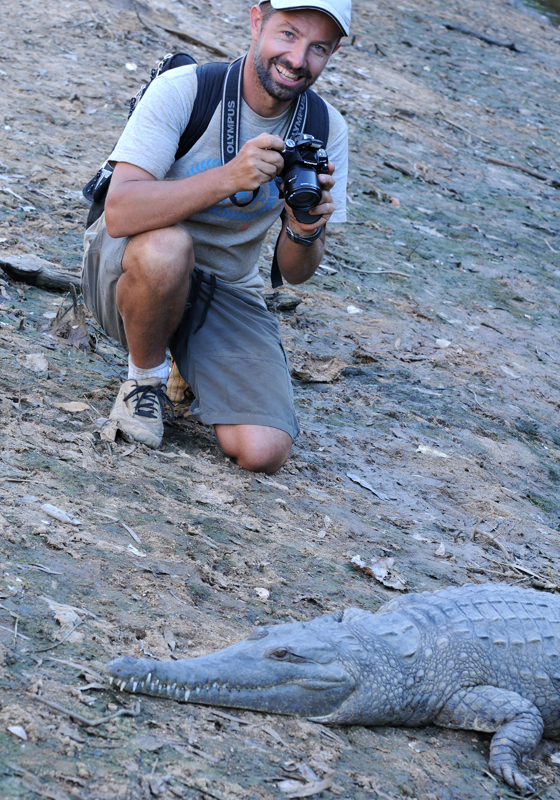 Windjana Gorge is a 3.5 km gorge, carved out of the Napier Range by the Lennard River. The Napier Range is part of the same ancient barrier reef system that you also see at Tunnel Creek and Geikie Gorge. (In the Devonian period, over 300 million years ago, this whole area was under the ocean...) The walls on both sides of Windjana Gorge are 30 to 100 metres high, and the gorge is over 100 metres wide. One of the most noticeable feature of Windjana Gorge is the freshwater crocodiles. There are literally dozens of them, in all sizes. As the dry season progresses the pools of water get smaller and smaller they end up more and more crammed into those pools. You really can't miss them. They also seem to be very used to humans, which is no surprise given the tourist numbers here. Freshwater crocodiles are usually harmless. They won't stalk or attack you like saltwater crocodiles do.