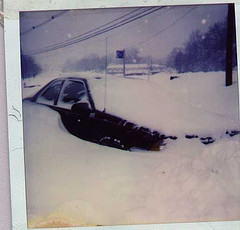 Additional Proof West Milford Police Tried To Kill Me http://www.internationalpeaceandconflict.org/profiles/blogs/help-additional-proof-west It was in this emergency snow storm in the late 1990s when I was attending William Paterson College in Wayne NJ I was living where this photo was taken on the corners of Route 23 North & Oak Ridge Road in West Milford NJ USA. This was taken on the corner stated where George Struss owns a car lot and rents small apartments. Additional Proof West Milford Police in NJ USA POSSED INTENT To Kill Jill (Me) It was during this state of emergency snow storm I had walked out of my apartment next to the bagel store in merely a dress and sweater because the bagel store was right next store to me. It was like walking out my front door into my neighborss but I had made a terrible mistake. I had also placed my house keys and entire key ring in my car to warm it up but I had accidentally locked all my keys into my locked running black car as seen. I also was locked out of my house in this storm. I walked next store to the bagel store to call the West Milford police to help me jimmy my car door open so I could recover my keys and get into both my apartment and car safely. The police came and saw my condition freezing and barely dressed in this storm in which the State of NJ was declared in a “state of emergency.” The West Milford police said they would not belp me and left me freezing in the storm half dead. Someone finally got me help PS: NJ West Milford Detective Peter Van Gilst answered my call that day on the back detective line 973-728-1088 A regular citizen saw me freezing to death and after getting his bagels opened my car to help me get my keys.