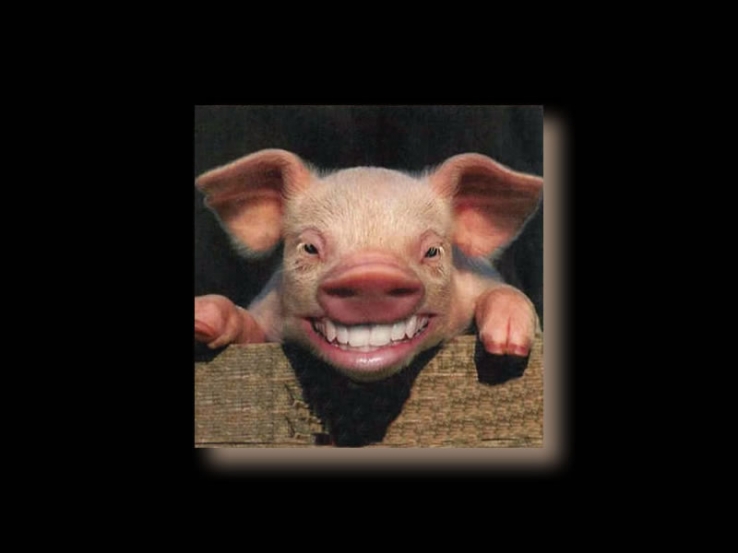 A funny way to show smile of a pig. Funny edited photo of a pig. Hope you will like it. It is actually an idea that how pig will smile, if he/she will have human teethes. This is a funny way to show the smile of a pig. A smile is a facial expression formed by flexing the muscles near both ends of the mouth.[1] The smile can also be found around the eyes (See 'Duchenne Smiling' below). Among humans, it is an expression denoting pleasure, happiness, or amusement, but can also be an involuntary expression of anxiety, in which case it is known as a grimace. Smiling is something that is understood by everyone despite culture, race, or religion; it is internationally known. Cross-cultural studies have shown that smiling is a means of communicating emotions throughout the world.[2] But there are large differences between different cultures.[3] A smile can also be spontaneous or artificial.