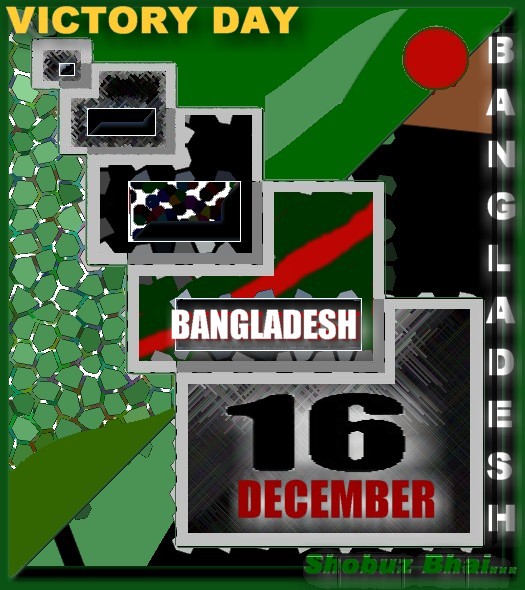 16 DECEMBER the VICTORY DAY of BANGLADESH

Bijoy Dibash (Victory Day) 16 December 1971 is the most important day in the history of Bangladesh. On that day the Pakistani Army surrendered all its modern arms along with 92,000 soldiers. The day was named Bijoy Dibash (Victory Day). Bangladesh established the independent and sovereign People's Republic of Bangladesh. But the achievement came with a huge price.There was a devastating loss of life. Three million is the estimated number of Bengali people murdered in the course of their country’s 1971 War of Liberation with Pakistan. Whether we call it murder, genocide, holocaust, or a brutal consequence of war itself, the number of dead remains. The inconceivable number of people killed in this short war defines this event as the worst genocide in the annals of history.