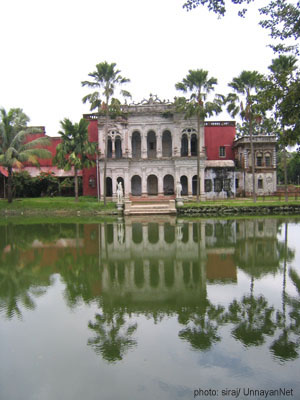 Sonargaon, the ancient capital of Bengal. The historic name Sonargaon came from the pre-Muslim periodic ancient that of Suvarnagrama, after occupied it by Muslim ruler. Presently, it is the name of an upazila in the Narayanganj district. The 'golden village' (Sonargaon) is now a township about 27 kilometers to the southeast of Dhaka. At 13th century local Hindu ruler Danujamadhava, (Raja danuj rai of Ziauddin Barani) may have shifted his capital to Suvarnagrama from vikramapura. With the Muslim occupation of the vanga area, Sonargaon continued to be the administrative center of southeastern Bengal till the rise of Dhaka. There are many historical and archeological evidences both Muslim and Hindu widely indicate conflicts and unity.