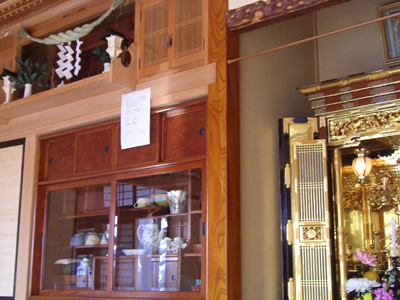 Being in same mission “Peace and Love” the conflicts is as pick in the realms of religions. When the groups are deadly hated each-other; Muslim by Muslim (Shiya- Sunni, Conventional – Ahamedia) , Hindu by Muslim (Gurat, Aojudia), Muslims by Jews (Palestine) , Christian by Christian; of that time what happens in far east Japan? Even though origin different, the two religions Buddhism and Sintu are uniquely following in same house, by same family and even in same prayer room. I feel sorry when I think Jews-Christian-Muslim same in origin but feel proud by killing/ hate each other. My realization, Japanese example can encourage us to overcome the cultural and religious barrier, by uniting the religion and philosophy with devotion for peace, is not it?