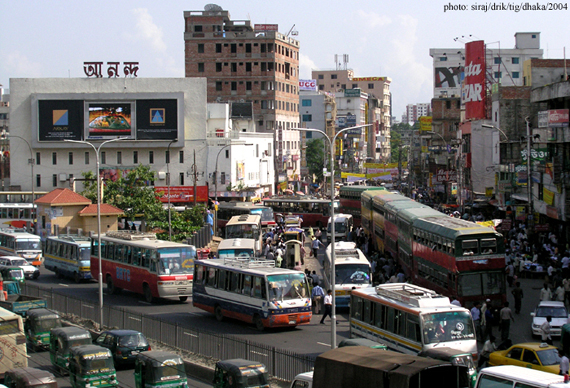 Anondo Cinema, one of the oldest cinema hall of Dhaka city which is famous for its leadership role in the Bangla movie industry. With the touch of so called modernism and vulgarism Bangla cinema even though lost its dignity, but Anondo Cinena Hall is carrying it identity. Although higher class, educated don?ft want to enter into the hall, but always filled with people. Most of people know this avenues name of its. Traffic, gathering, street crime, pollutions, sound of rickshaw are common scenes of frame gate areas.