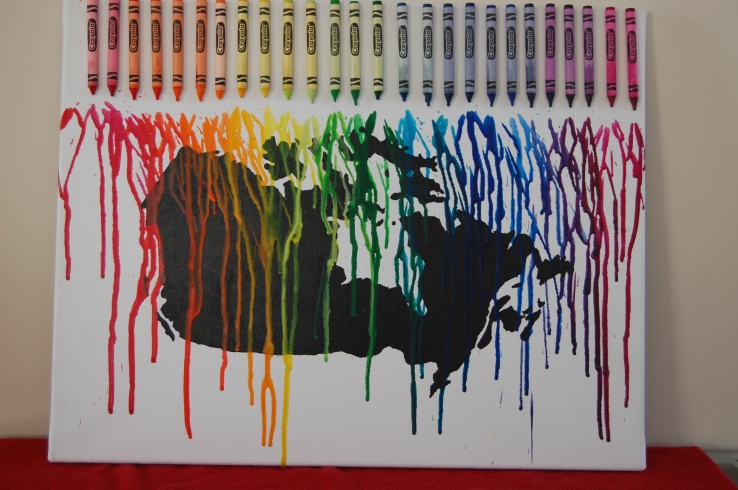 To me, being Canadian means being a part of a rainbow of cultures and people. It means being part of so many different heritages and being exposed to all the different languages, religions, and traditions. Your neighbor could be from any part of the world and they would still be underneath the great umbrella that is Canada. Canada is a melting pot of different heritages that can be slightly different to really different like the colours in my art. We all have our own stories to tell about our families and where we came from. Canada is a place where the color of your skin, the language you speak, and the country your family came from isn’t a hindrance to becoming a part of the Canadian way of life. Thinking of Canada, the first things that come to mind would most likely be hockey, maple syrup, and snow; but it’s so much more than that. To me, Canada is the best place in the world to live. I think of freedom, democracy, and diversity. Canada is my home, and I wouldn’t change that for anything. The people of Canada are as diverse as its landscape; everything from the Rockies in the west, to the Arctic in the north, and the rugged coast out east. Canada has people from almost every nation in the world. “We have it all. We have great diversity of people, we have a wonderful land, and we have great possibilities. So all those things combined there's nowhere else I'd rather be”- Bob Rae. He says it perfectly, that’s what being a Canadian means to me, being able to be a part of all the different cultures and getting to meet all the unique people that occupy this great country.