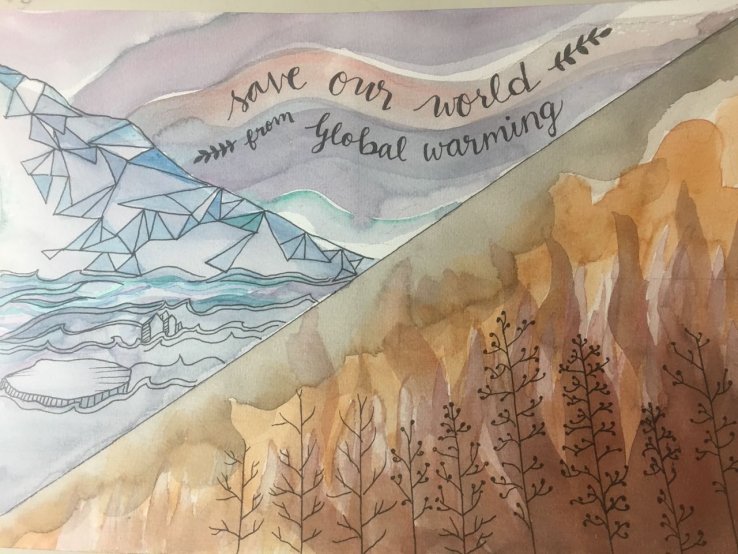 The major stubble burning issue that took place in Punjab in the year 2017, that further led to my home city, Delhi getting extensively polluted is something that played a major role in the problem at hand, Climate Change. The pollution levels increased so drastically that some monitoring stations reported an Air Quality Index of 999, way above the upper limit of the worst category, 'Hazardous' This is inevitably an issue that is close to the hearts of several thousand people who reside in Delhi. I too was immensely shocked by these skyrocketing levels, and therefore found it hard not to depict it in a form of a painting that shows the burning of crops which is the root cause of the pollution problems that were caused in Delhi over the course of 2017.