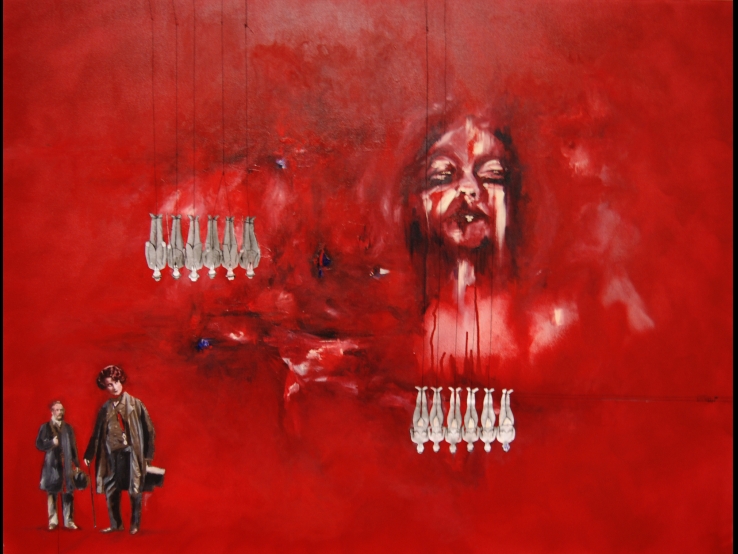 The piece I created was to integrate women's rights into the issue with queer identity. What does it mean if a woman steps out of her social "boundaries" as not "female" enough? When a woman is too successful, or too powerful, why was she exempted or told to stay in the home as a wife, daughter and mother? Ways of the 20th Century Western female have progressed but it is safe to question how much they have changed. Women stepping out of their socially prescribed gender roles have faced harsh scrutiny and isolation through their independent battles and successes. I believe the issue of women's rights and the issues of queer women's rights would be important to touch upon with the emergence of the Canadian Museum for Human Rights.