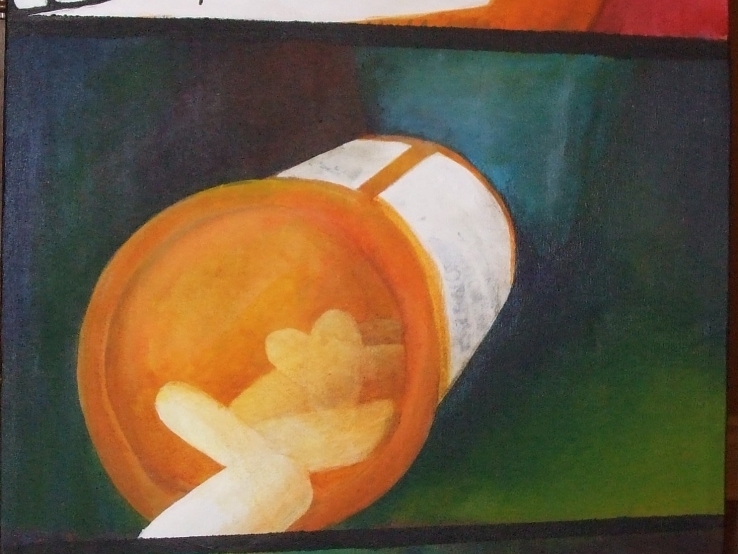 My painting is about internet addiction. I chose this as my subject because it is a recent social concern that is affecting today’s generation. It has been said that the children of this generation is less hardworking than those who were born during the baby boom. Academic standards are lowering; today’s students are achieving noticeably less than those studying the same courses 20 years ago. I believe one of the reasons for this is that we are living in the digital age, where new technologies are constantly being created and used which distracts us from our work. I wanted to focus on how teenagers spend a lot of their time on the computer, some to the extent of being labelled as having an ‘addiction’. Facebook is one of the most popular social networking sites in the world, used almost universally. I depicted Facebook as a drug, using the symbol of a pill bottle to show that it is addictive.