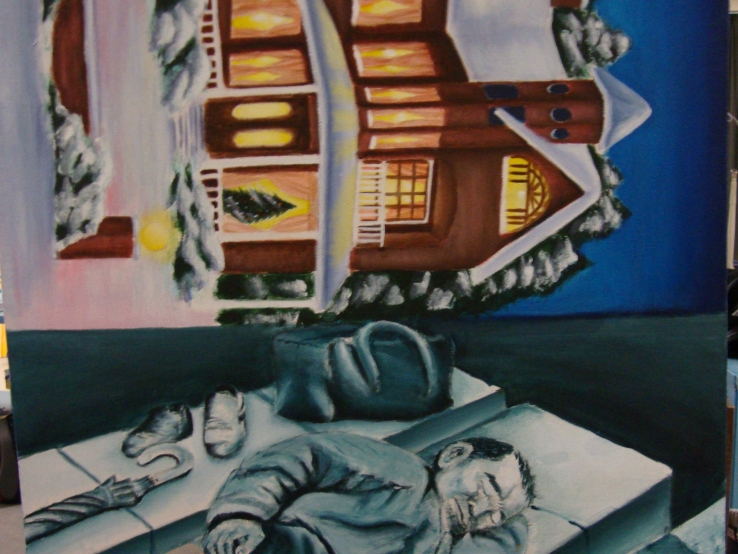 I used a “diptych” for my painting to express the idea towards homelessness. This painting is divided into two parts, one of them is in grey scale, a homeless man sleeping on the street; and the other side is in colour, a house with Christmas scene. I would like to express the sadness of the homeless man through the contrast between a happy scene and a depressing scene. By the use of colours and its intensity, I want to deliver the cheerless feeling of homeless people and make other people recognize their inner feelings. How sad it is for homeless people having no one to celebrate a global joyful festival with. This world issue is not only happening in America, Canada, but also happening in China, and many different countries, so I decided to use a world-wide holiday – Christmas to help illustrate it. Homeless people Canada mostly are adults, but for China and some other countries, homeless people consist of different ages, even babies and children. Nowadays, the difference between rich people and poor people is significantly large, and somehow rich people do not even know the situation of poor people. I hope viewers could at least try to understand the feelings of homeless people through this painting, and realize how lucky they are to be in a house with their families.