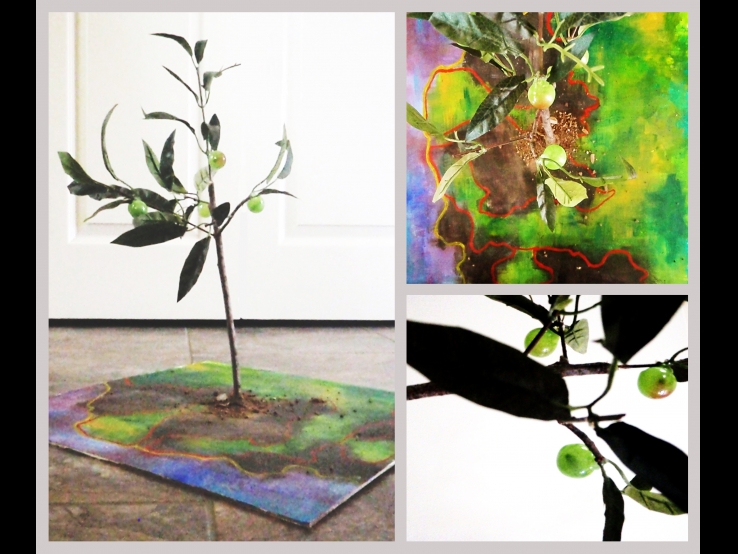 The sculpture is composed of a young olive tree growing from a map of a small portion of the West Bank/Israeli border. The yellow line indicates the 1949 Armistice boarder and the red line is the wall. The live olive tree is a symbol rich in historical and religious associations of the area, mainly those of peace, wisdom, and life, which appears in the Jewish Old Testament and the Islam Qur’an. Today, the olive tree holds important agricultural significance in the Mediterranean. Since the Israeli occupation, many Palestinian olive farmers have lost their land to Israeli settlers. Peace activists have protested this destruction and violation of human rights by replanting the olive groves and reclaiming the land. What is particularly beautiful about olive tree planting is that they will not bear fruit until the next generation. The olive tree unites old religions of the land, recognizes present efforts of peace making, and demonstrates hope for the future.