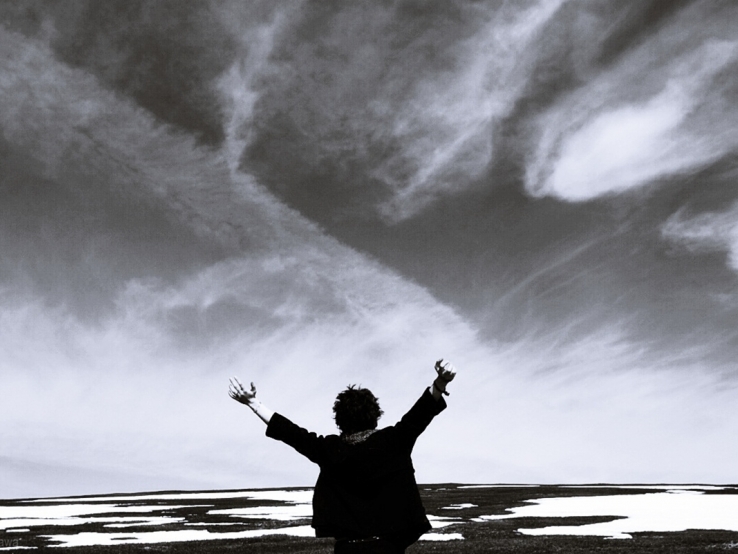 This photograph expresses my opinion of freedom. Every race, sex, child, woman, man, should possess freedom. Freedom to achieve their goals, and freedom to be themselves. The figure in the middle is reaching out, there is nothing holding back the figure from reaching for what they want. Maybe they want to be a teacher, or a painter; nothing is holding them back from that. Nothing is around to pressure them, nothing is around to discourage them, to tell them that they can't. In the middle, it's actually myself, as I set my camera up on a tripod. I have short hair (as a girl), and I like in this picture you can't really tell if it's a girl or a boy. Each sex should have freedom. I've discovered that over the centuries, males and females are becoming more equal, each are having equal freedom, and I think that's fair to us all. It's important for us as humans to feel free, feel free to stick up for what we believe in, and to feel free to be accepted. I'm glad this museum is being made, so that people can see that there are different people in the world. This picture isn't based on African Canadians, of Asians, or the French, or English, or European.. It's just about EVERYBODY. That's why I picked this isolated spot on this hill, because there's nothing to say that the person in the middle comes from a certain place, it could be anyone. Thanks for listening to my opinion on freedom, and I hope you enjoy the photograph! Alanah