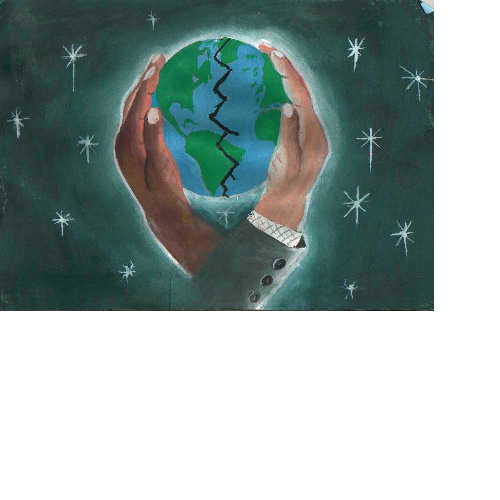 Bringing the World Together

The world as a whole is known to be dominated by people of different race, colour, tribe, religion and so many others. From time immemorial, cases of one form of separation or the other and discrimination among people of different or same community were so common. Racism, tribalism, ethnic clashes, religious tensions, crave to dominate others were so rampant that one could see the world in a state of total collapse as people were building walls around themselves. There arises the need therefore to bring the world together under one umbrella of unity; where people of different religion, tribe, tongue and colour would come together as a single entity. A time when love and peace will reign and echoes of war, violence and separation will be things of the past. Walls of separation will be broken down. The painting, originally 8

Collections Promoting a Culture of Peace