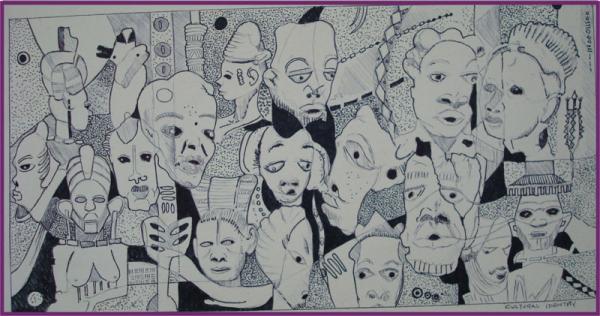 “Nok Terra-cotta figurine” is an evidence of human occupation in Nigeria dates back thousands of years. Nok Culture, Iron Age culture that flourished in Nigeria from about 500 BC until about AD 300. In the earlier 20th century, sherds from a number of fired clay figurines were unearthed during tin-mining operations on the southern and western slopes of Nigeria's Jos Plateau. When these were reconstructed, they proved to be of animals and also of human heads, with distinctively stylized facial features. Some of the human sculptures were life-size, and fragments of other parts of the body suggest that they may originally have formed complete human figures, although none have been discovered intact. At the time when these discoveries were made there were no professional archaeologists working in Nigeria, and most interest came from art historians. The finds were grouped together as vestiges of the “Nok Culture”, but, because they had been made as part of industrial mining and their original contexts were unknown, it was not possible to establish their true age and associations. The Nok artistic style is important evidence for pre-colonial cultural traditions in West Africa.