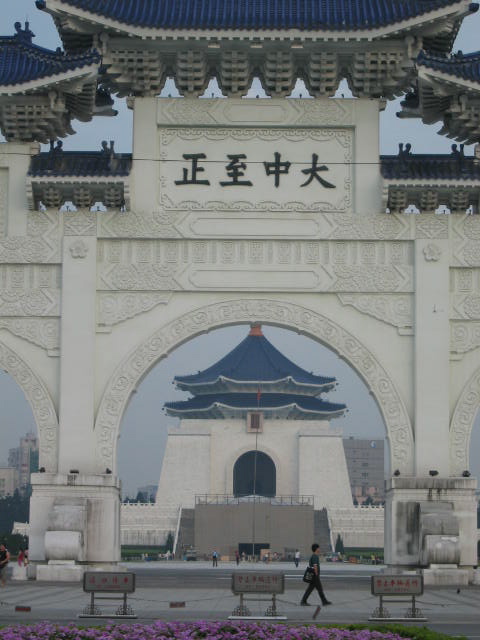 Chiang Kai-Shek Memorial Hall is where Taiwan's first president is remembered. He's not actually buried there. It's at the centre of a sprawling park-complex that also includes concert halls and a large square suitable for large public gatherings. It's nice to go there in the evenings to escape the hustle and bustle of the city, where you can go to avoid the constant drone of traffic. It's surprisingly calm given that the Hall is in the centre of the old part of Taipei. Great for romantic, moonlit strolls [although I'm not sure if the President would be so enamoured of the idea, but who knows, maybe he was a big softie after all]